Topwater plugs float on the surface at rest. They are then worked in an erratic manner, which simulates a wounded bait fish struggling on the surface. This action and commotion will attract the attention of nearby game fish and hopefully induce them to strike. Some top water plugs resemble frogs and even small mammals such as mice and birds. Poppers are surface plugs that have a concave opening at the front. When twitched sharply, the plug digs into the water and produces a loud “popping” sound. Propeller baits have either a propeller at the rear or one on both ends. When moved, the propellers dig into the water putting out a lot of commotion. Walk the dog baits have very little built in action. The angler imparts it using a rhythmic twitching of the rod tip. Poppers are perhaps the easiest of the best topwater plugs for anglers freshwater fishing to use. These make them an excellent choice for novice anglers. The lure is cast out towards some likely looking structure and allowed to settle, waiting for the rings to completely dissipate. With the rod tip held low and the line taught, the angler gives the rod tip a sharp twitch. This causes the lure to dig into the water and make a loud “pop”. Due to their design, poppers work best when the water is calm. It is more difficult to produce that fish attracting sound when there is a ripple on the water. Also, poppers are best when fished in specific locations. They do not allow anglers to cover as much water as some of the other topwater plugs do. Once the lure has been twitched several times, the angler reels it back in and casts to another spot, repeating the process.

The Arbogast Hula Popper is a legendary fishing lure. It has been around for decades and has produced many fish for freshwater anglers. Largemouth bass, smallmouth bass, and pike are probably the most often caught species. The frog color pattern is both popular and effective. The rubber skirted tail is unique and gives the bait a lot of its action.

The Rebel Pop R is another proven fish catching bait. It has a large concave face with the rear treble hook dressed with bucktail. One attractive aspect of this lure is that it is available in multiple sizes, especially in smaller versions. That makes it a great choice for anglers fishing for panfish and other smaller species in ponds.

The Rapala Skitter Pop is another very effective popper. Most anglers use that the larger sizes for game fish such as pike, largemouth bass, striped bass, and more. It is also a crossover lure that is quite effective on saltwater fish as well. This bait uses a large plastic concave lip produce the famous popping sound.

Propeller baits, also known as prop baits, are just as the name implies, they come with either a rear propeller or one on both ends. When worked in the water, they put out a tremendous amount of sound and vibration. They can be worked faster than poppers, making them a better choice for anglers desiring to cover more water. The lure is cast out towards some shoreline cover and allowed to settle. It is then worked back towards the angler using either a series of short twitches or a fairly steady retrieve. In most cases, the twitch and pause presentation works best. The fish will usually hit the lure as it sits motionless. However, there are days when the fish are quite aggressive and will hit a bait as it is retrieve steadily on the surface.

The Smithwick Devils Horse is a legendary top water plug that is used by freshwater anglers. It is long and slender, giving it a finesse type profile. The propellers fore and aft give the bait a ton of action and commotion that will draw game fish up from weeds and other cover.

The Rapala Skitter Prop is another very effective propeller style top water plug. It has a broader profile then does the Devils Horse and only has one propeller on the rear of the bait. It puts out a lot of noise while offering fish a more substantial meal. It comes in a couple different sizes, with the 07 being the best all round size for bass and other medium to large game fish.

The Heddon Tiny Torpedo is a terrific all round propeller bait for freshwater fishing. It has a huge following among anglers fishing for smallmouth bass and rivers. It is also an extremely effective pond fishing lure. It smaller size and single propeller result in a more subtle presentations than some of the other larger baits. Frog is an excellent all round color pattern.

Walk the dog style baits are the most difficult for anglers to learn to use. The lure has no real built in action. Instead, the angler must work the bait in a way that induces the strike. These baits are long and slender, tapering down in the front and the rear. Many consider these to be “big fish” baits that tend to attract larger game fish. 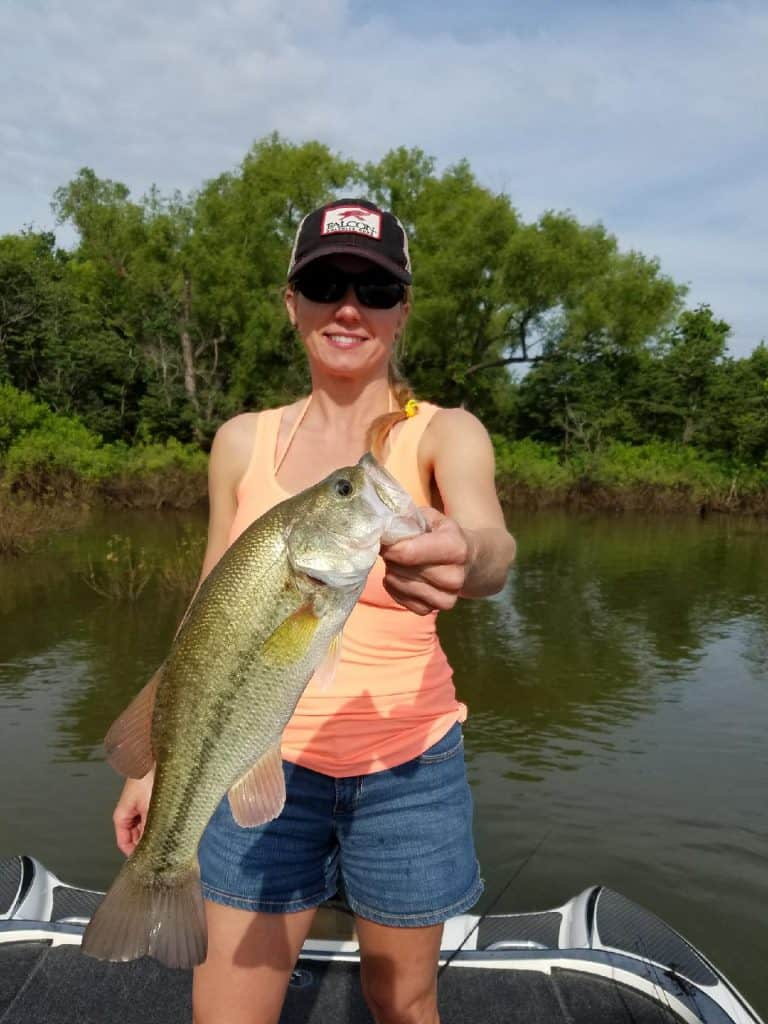 The walk the dog technique is accomplished in the following manner. The lore is cast out and allowed to settle. Then, with the rod tip low near the surface, the angler twitches the rod tip sharply while giving the handle of the real about a half a turn. When done properly, this will cause the lure to dance from side-to-side. It is a bit more difficult, however once mastered will produce some very nice fish.

The Heddon Zara Spook is by far the most popular lure in this family. Heddon basically invented the whole family of baits with this lure. It comes in several sizes and a variety of colors and finishes. Striped bass, largemouth bass, northern pike, and musky will all fall prey to this legendary lure. There are even saltwater models manufactured with heavy duty hardware to catch large saltwater game fish.

The Rapala Skitter Walk is another walk the dog bait, very similar to the Zara Spook. It is offered in several sizes and many color patterns and is available in slightly smaller sizes as well.

There are a couple of other very productive top water plugs used by freshwater anglers that do not fit into any of the three categories. These are the Arbogast Jitterbug and the Whopper Plopper. The first has been around for a very long time while the second is a relative newcomer to the sport. Both of these lures belong in every freshwater anglers tackle box.

The Jitterbug is a top water plug that has a wide metal lip at the front. While it does put out a bit of a popping sound, the bill or live causes the bait to waggle from side-to-side upon retrieve. This lure has been around for decades and has produced countless fish for anglers over the years. Many anglers associate using a black Jitterbug at night for bass.

The Whopper Plopper is another unique top water lure. It is not been around very long, but has already earned a great reputation among seasoned bass anglers. It is a larger lore with a plastic tail that puts out a lot of splash when retrieved. It is almost, but not quite, a propeller bait. Whatever name you give it, it certainly produces fish! Of all of the types of lures available to anglers, color probably matters less when it comes to top water plugs than all of the others. The reason for this is simple, fish can only see the underside of it. In most cases, it is really just a silhouette of the profile against the sky that the fish see. Frog is a very popular and productive all round color for freshwater fishing. Many anglers believe that black is the best color when fishing at night. Bone, chrome, and other light colors work well on sunny days.

Anglers can click on the link to read an article on the best freshwater fishing tackle.

Best technique for setting the hook

One thing that anglers who are new to fishing with top water plugs need to learn to do is to delay the hook set. It can be quite unnerving, and exciting, to see if fish blast a topwater plug. Often times the angler’s first instinct is to instantly set the hook. However, this will usually result in the fish being missed and sometimes even have the plug flying back into the boat. This can be quite dangerous! Instead, anglers should wait until the weight of the fishes fell and then set the hook using a sideways sweep of the rod.

In conclusion, this article on the best 11 top water plugs for freshwater fishing will help anglers catch more fish using this exciting and productive technique!