Fishing a lipless Crankbait, a Guide to Success!

This article will thoroughly cover fishing a lipless crankbait. Lipless crankbaits are versatile lures that will catch a wide variety of both freshwater and saltwater species. 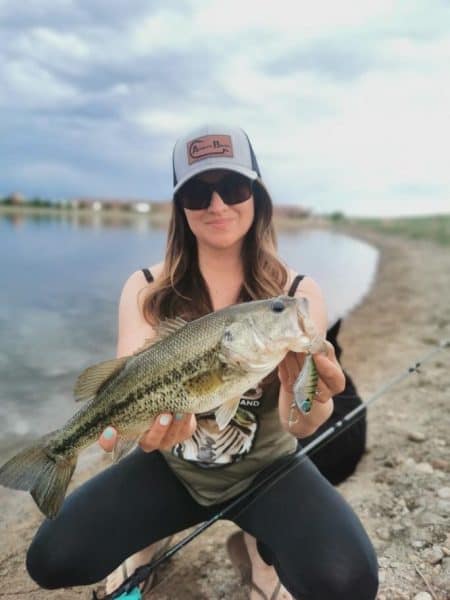 Lipless crankbaits are hard bodied lures, usually made from plastic. Unlike most crankbaits, lipless baits do not have a bill or lip which dictates the depth at which they run. Lipless crankbaits emit a lot of vibration and flash, mimicking a wounded bait fish.

Lipless crankbaits can be used at any depth. The angler controls the depth at which the lure is presented by the time it is allowed to sink and the speed of the retrieve. Lipless crankbaits are very versatile lures. They can be cast out and retrieved, trolled, vertically jigged, and even produce for anglers ice fishing! Most lure manufacturers sell a lipless crankbait. They are effective lures that have a lot of built in action. Often times, a simple steady retrieve works best. This makes these lures an excellent choice for novice anglers and children. Lipless crankbaits are available in a wide selection of sizes and colors to match the forage that game fish are feeding on. The top 8 lipless crankbaits are;

Here is the list of Capt Jim’s favorite lipless crankbaits. Most have rattles inside, as the names imply. The slender bodies create a very tight wiggle. The combination of this action with the rattles results in a lure with a lot of vibration and noise, which will pull fish in to attack it.

Any list of lipless crankbaits begins with the Bill Lewis Rat-LTrap. This is by far the most popular lipless crankbait and is an extremely effective lure. They come in a wide variety of colors and are available in both freshwater and saltwater models. The Rapala Rattlin Rap is Capt Jim’s favorite lipless crankbait. The gold lure in the ½ ounce size is his go-to bait in both rivers, lakes, and in saltwater. They are available in several sizes and a wide variety of colors. The Berkley Warpig is a well-balanced bait designed for Berkley with the help of Daid Fritts. It is a quality lure that comes well tuned right out of the box. The shad pattern is very productive. The Booyah Hard Knocker is one of the louder, more aggressive lipless crankbaits on the market. It is a good bait when the water quality is poor or to irritate inactive bass and other species. The lIvetarget Golden Shiner is a recent addition to the lipless crankbait lineup. It is a quality bait that is available in many different finishes. It has high quality finishes and is a favorite among anglers ice fishing. The Strike King Red Eye Shad is a quality bait designed by the famous Strike King fishing pro staff. It works well in a variety of applications and has an excellent fishing. The ½ ounce bait in the Sexy Shad finish works very well. The Yo-Zuri Rattl’n Vibe is an aggressive bait with a quality finish. It casts well and puts out a ton of noise and vibration. It works great in a vertical presentation as well.

Best rods and reels for fishing with lipless crankbaits

There are varying schools of thought when it comes to the best rods and reels for fishing lipless crankbaits. The best outfit is a medium action baitcasting rod and reel. The rod should have a bit softer action to absorb the violet strikes and so that anglers do not rip the hooks out of the mouth of the fish. Baitcasting reels have a faster retrieve ratios. This helps when a fast retrieve is producing. Also, baitcasting reels work best when a twitch and pause is used, these reels handle the slack better.

Click to shop Amazon for spinning and baitcasting combos

Spinning outfits can certainly be used as well. This is particularly true when a steady retrieve of moderate pace is used. Again, a softer rod works best. With both spinning and casting rods, monofilament or flourocarbon line is best. A little bit of stretch is actually desirable.

As mentioned earlier, lipless crankbaits are very versatile. They can be cast and retrieved, trolled, and vertically jigged. The size and color of the lure should match the locally available forage, where practical.

Most fish caught by anglers using lipless crankbaits are done so casting the lure out and retrieving it back in. These lures put out a large amount of flash and vibration. This produces in several situation, Active fish will obviously be attracted to it. Inactive fish can be irritated into striking it. When visibility is low, the sound will help fish find it.

In many situations, a medium paced steady retrieve works best. The depth is controlled by the time the lure is allowed to sink, along with the speed of the lure. Strikes are very easy to detect. They cast very easily as well. These factors combine to make lipless crankbaits an excellent choice for anglers with a bit less experience.

While a steady retrieve often produces fish, anglers should certainly vary the retrieve to find out what the fish want that day. One extremely effective technique is to use several fast cranks of the reel followed by a pause. This imitates a wounded bait fish that appears to be dying. At times, being extremely aggressive and ripping the bait hard followed by a two or 3 foot drop will trigger a strike.

These baits are extremely effective when fished over submerged vegetation. The proper speed will have the bait ticking the tops of the weeds. Experienced anglers actually let it sink into the vegetation and then “rip” it out. This will trigger strikes from inactive fish. Lipless crankbaits produces around any type of structure as well. As with most lures, occasionally knocking the plug off of the structure is a very effective technique.

Lipless crankbaits are perfect for open water fishing when fish are feeding on the surface. These lures cast a good distance. They look just like shad and other forage. Anglers can easily match the size of the forage using a lipless crankbait.

Anglers casting lipless crankbaits are generally imitating wounded bait fish. However, they can be used to imitate another abundant freshwater forage; crayfish. Most manufacturers offer anglers these lures in crayfish patterns. Red with some black and it seems to be particularly effective.

The best technique in this situation is to fish the bait very close to the bottom. Instead of a steady retrieve, a more erratic one is used where the bait is moved quickly for a few feet then allowed to fall back to the bottom. This realistically imitates a fleeing crayfish. It is a very effective retrieve for a variety of species.

Trolling is another very effective lipless crankbait fishing technique. These lures put out excellent flash and vibration when retrieved using a steady speed. This makes them a perfect choice for trolling. It is also a very easy method that any angler can use to cover a lot of water in search of fish. Anglers can keep it simple organ as complicated as they want when trolling with lipless crankbaits. In fairly shallow water, the best approach is to simply measure out a length of line behind the boat then slowly drive around at a few miles per hour. Anglers can use heavier lures as well as let more line out in order to achieve the proper depth.

The best spots to troll are large areas with some type of cover or structure. Channel edges that drop off into deep water are excellent spots to troll. Deep, submerged weed beds as well as submerged timber are other terrific spots. Trolling lipless crankbaits works well to cover large areas like rip rap around bridges.

Lipless crank baits are also productive when used in a vertical presentation. They are fished very similarly to a jigging spoon. The lore is let straight down to the bottom, usually around some type of structure such as a sloping point, channel edge, submerged timber or weeds, or around schools of bait fish.

Once the lure reaches the bottom, the angler sharply jerks the bait up several feet off the bottom, then allows it to flutter back down. The line is reeled up a crank or two, then the process repeated. This allows anglers to work the entire water column and is extremely effective on suspended fish. Anglers ice fishing have been using this technique for decades with lipless crankbaits.

There is little doubt that lipless crankbaits are most often used by anglers targeting largemouth bass, and for good reason. Besides the fact that bass are one of the most popular freshwater game fish, these lures are very effective for them. However, it is a mistake to think that that is the only species they will catch. In fact, anglers often overlook opportunities to fish these lures for other species.

Any game fish that feeds on live bait fish can be caught on a lipless crankbait. These lures are available in sizes and patterns to imitate every prey species including bluegill, perch, herring, shad, and more. Northern pike, walleye, smallmouth bass, musky, trout, salmon, and even panfish can be caught by anglers casting these extremely effective lures. While the majority of anglers using lipless crank baits will do so when freshwater fishing, these lures are also very productive in the salt as well. Snook behave very much like largemouth bass. In fact, almost all of the best snook fishing lures are really adapted largemouth bass lures. Lipless crankbaits are no exception.

Striped bass and bluefish will certainly hit these baits as well. The same goes for Spanish mackerel, jacks, sea trout, and false albacore. In reality, any game fish species in freshwater or saltwater that feeds on bait fish will take a lipless crank \baits. It is particularly true of fish species that feed aggressively in schools.

In conclusion, this article on lipless crankbait fishing will help anglers be more successful using these very effective artificial lures.